When serendipity happens, it’s quite magical …  Right after I spoke at the #WorldTourismForum, a group from the audience approached me about the material covered during our panel discussion. Waiting to speak to me last was Neslihan Sen, the PR Director at the Çirağan Palace Kempinski Istanbul, who wanted to say hello. It just so happened that I didn’t have a reservation for my last night’s stay in Istanbul. Thanks to Neslihan, not only did I get invited to have a drink at her hotel, but I was also invited to stay at a palace on my very last night in Turkey!

The Çirağan Palace is breathtaking, and it’s a hotel where celebrities like Madonna and Justin Timberlake frequently stay. I was beyond grateful to have such a beautiful suite with an awe-inspiring view reaching across the Bosphorus to the Asian side of Turkey. There are moments in life that are so ideal, you want to freeze them in your memory. My first sight of the Çirağan Palace Kempinski Istanbul was one of them.

During my stay, Neslihan told me many facts about Çirağan Palace Kempinski Istanbul that I found very interesting, and I want to share 10 of them with you. 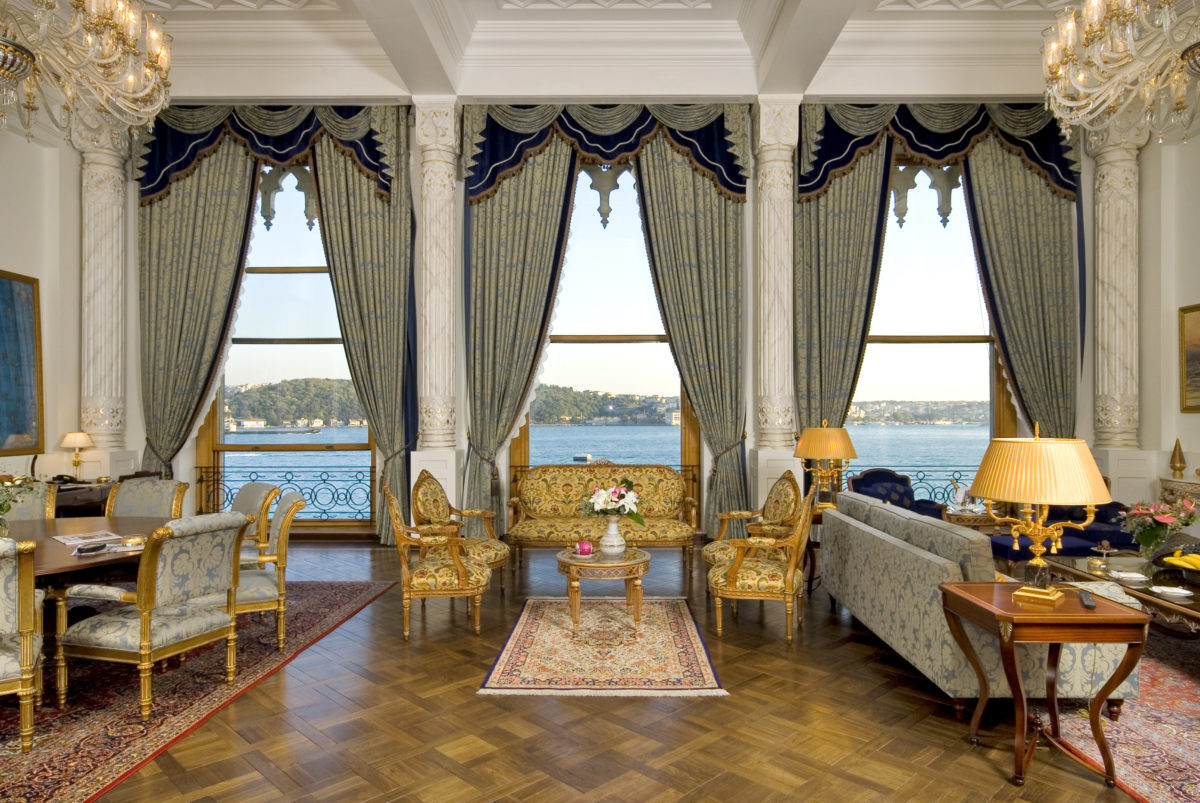 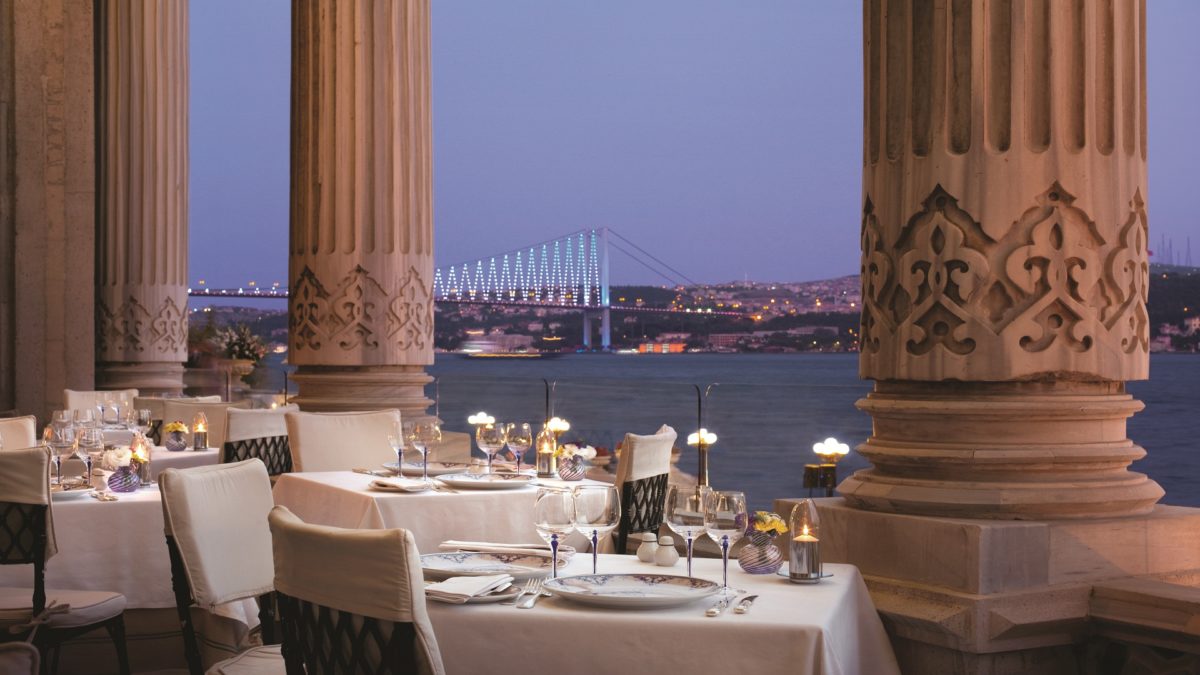 Mr. Radtke shared one of his favorite memories at the hotel with his team. He met a woman and an elderly gentleman, who just happened to be HIH Prince Osman Osmanoglu, the last representative of the Ottoman dynasty. After dinner at the hotel’s Tugra restaurant, the prince was served birthday cake. When Mr. Radtke introduced himself and passed on his best wishes, the prince advised him that they were celebrating more than his birthday. At almost 90 years old, the prince was proposing to his dinner date! Immediately, Mr. Radtke offered to organize the wedding ceremony at Çırağan Palace, where the prince’s great-grandfathers, actual Sultans of Ottoman Empire, had lived. The whole imperial family gathered at Çırağan Palace for the very special occasion. 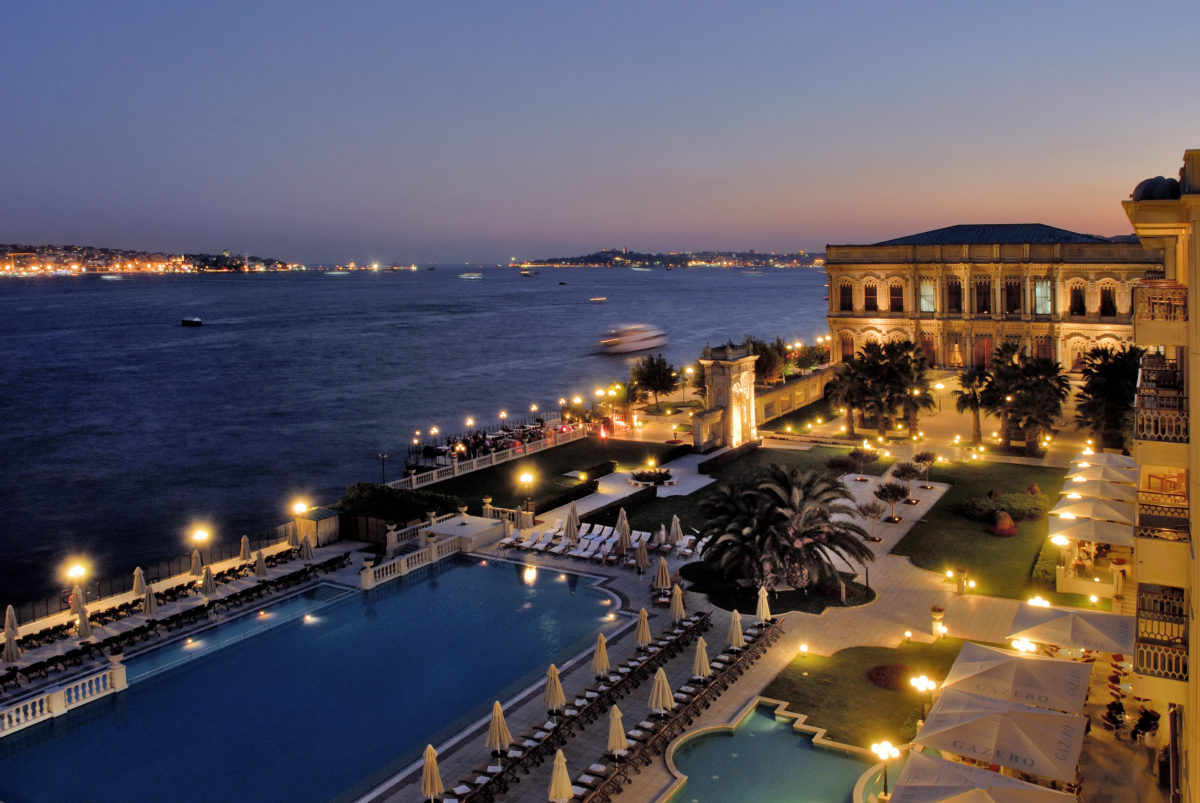 When I return, I would like to dip into their magnificent infinity pool and enjoy the view of the Bosphorus Strait. I spent my #WineWednesday at Tuğra Restaurant & Lounge.  I would love to just sit on my balcony and savor how serendipity magically brought me to such splendor.  Thank you again, Neslihan, for welcoming me to your beautiful sanctuary and allowing me to end my trip on such a high note.  Until we meet again …