It’s easy to make friends in Australia, home to some of the world’s most gregarious people. Understanding what my new friends were talking about was another matter. They probably thought I was “a few kangaroos short in the top paddock,” but rather “like a box of birds,” we were able to strengthen our cross cultural understandings and do our bit for international diplomacy.

On my cruise from Singapore to Australia, some of my new friends indulged me with a few lessons in Australian colloquialisms. Their use of the English language is as beautiful and varied as the Australian landscapes. The following are some of the more colorful phrases I learned. (And, my fellow Americans, here’s a tip: We need to pick up the pace of our speech. Practice saying these fast!) 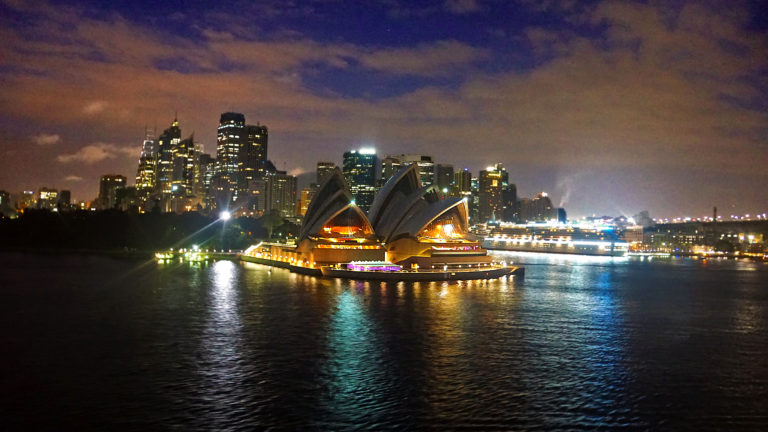 Tart up  To dress up in a glamorous fashion. Generally known for dressing provocatively.

Like a box of birds  Sounds like a collective noun, doesn’t it? Flock of geese, herd of cattle, school of fish … Well, actually, it’s the answer to “How are you?” Responding with “Like a box of birds” means to feel really good, be happy or chirpy, and, presumably, energetic.

Bobby dazzler or bobby daz  Not named after a specific person named Bobby or a British police officer, a bobby dazzler is someone who is dressed up in fancy clothing, very attractive, or a piece of eye candy. The origin is believed to come from dazzling to the eye.

Flat Out Like a Lizard Drinking  Don’t mind that Australians are world champs when it comes to imbibing alcohol. This has nothing to do with actual drinking. “Flat our drinking like a lizard” means to be extremely busy. Huh? Yes, as a matter of fact, not only do lizards drink very quickly, they stretch their bodies to reach the water. Additionally, in Australia slang “flat out with work” means to have too much work to do.

Aren’t these great? I can’t wait to try some out when I get home. Wonder if anyone will understand me, or if they’ll think I’m “a few kangaroos short in the top paddock.”