British Airways invited me to the launch of #BAinvesting4U, which included the unveiling of the First Wing at Heathrow’s Terminal 5, a.k.a. British Airway’s home. I immediately answered, “Yes!” and sent in my RSVP.

During the golden jet age … there was a joy to air travel and flying was luxurious. You’ll be happy to hear that British Airways is reviving that bygone era. The #BAinvesting4U “investing” part of the plan is the investment for customers. I’m thrilled to report that the investment has taken flight and passengers can look forward to more.

Gatwick:
For the launch, we (journalists of all stripes) met at Gatwick in the new British Airways First and Club World lounges for an early lunch (delish!) and inspection of the new space. I can’t say what was most noteworthy, but lots and lots of windows and plenty of electrical outlets for gadget-happy travelers come to mind. The interior design is gorgeous with a variety of seating from wing back- and club-styled chairs to couches, and stools. 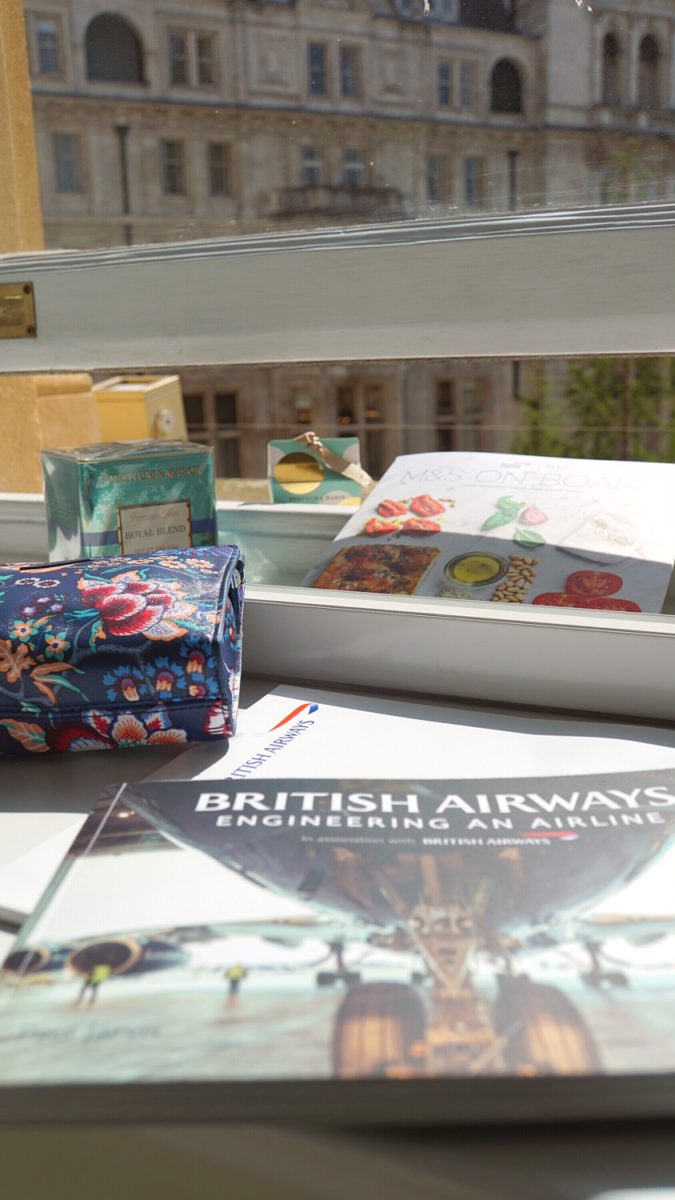 Charter flight to Heathrow:
Along with fellow passenger British Airlines CEO Alex Cruz we boarded a charter flight to Heathrow, where British Airways officially opened The First Wing at Terminal 5. This was a diamond-class press junket, after all, how often does a CEO do this sort of duty? Mr. Cruz gave specifics on the airline’s multi-million dollar investment plan and answered questions. The typically short flight was extended to 2.5 hours so we could experience all the finery and delicacies under consideration for later in the year.

You knew this was coming … The Menu! Mr. Cruz noted that focus was being given to presentation, quality, and choice of food. I’m listing highlights only. Not enough room for every bite.
• Cheese board (but served on slate) with a Shropshire Blue, applewood Cheddar, and a fig preserve.
• Smoked salmon tartar, burrata with tomato carpaccio, ham, asparagus and manchego cheese.
• Double chocolate delight, lemon curd tart with meringue, and fresh raspberries and mango compote for dessert. 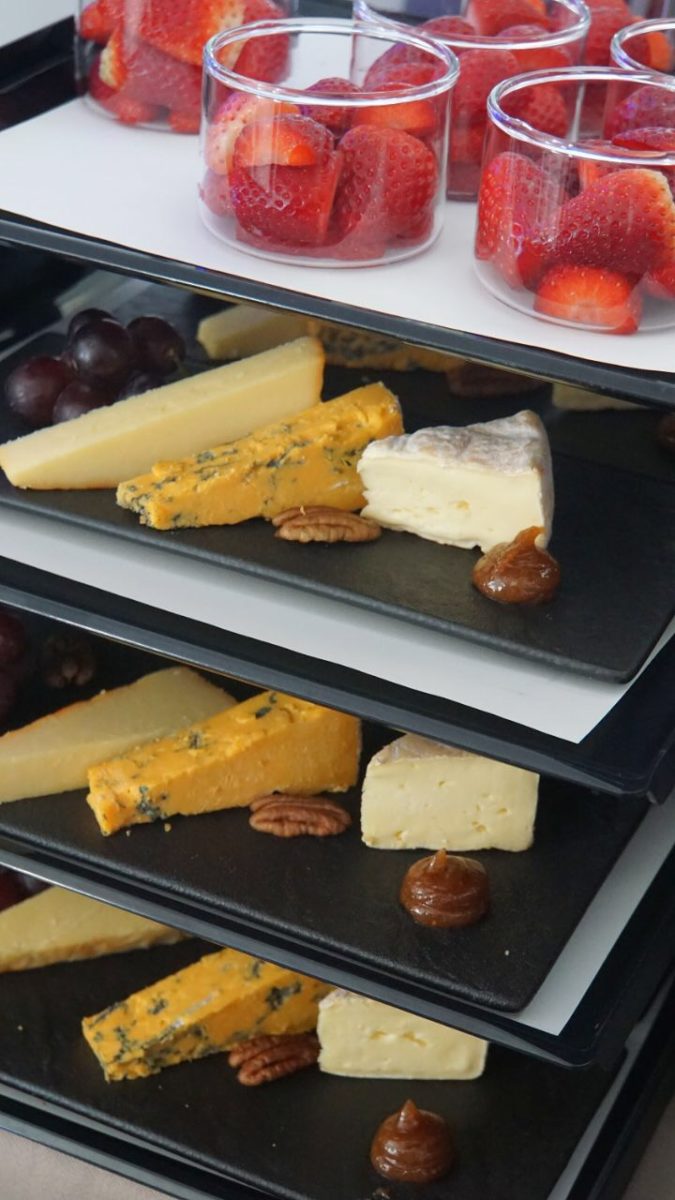 Mr. Cruz was so friendly and passionate about the investment, flying, and passenger safety and comfort (and social media!). He noted that British Airways is determined to maximize sleep time and periods of quiet time on flights between the U.S. east coast and London. Plus, new soft products – pillows, duvets, eye coverings, and ear buds – will be introduced.

The word on Wi-Fi is “full commitment.” By 2019, all planes will have two tiers of connectivity: Simply Connect for routine tasks such as email and browsing and Connect Plus for streaming and other high data use modes. Starting in summer, short-haul planes will start offering Wi-Fi. After they are all outfitted, long-haul planes will follow.

Also, passengers soon will be able to self-board, not having to interact with ground personnel if they choose not to.

First Wing:
After touch down, first it was a Champagne reception at the arrivals lounge in Terminal 5 at Heathrow. Then it was a tour of First Wing, and I must say it’s beautiful, modern, and a love song to the love of travel. Designed for first class ticketholders, the First Wing lounge offers an exclusive check-in area and private security checks to get you to the beautifully appointed lounge as quickly as possible.

I loved experiencing and sharing this high-in-the-sky excitement with such a special group. I’m getting used to this sort of pampering and gold standard service. Once again, British Airways spoiled me and I feel I now have to make London my second home.

Thank you #BAinvesting4U for a job well done. Congratulations!