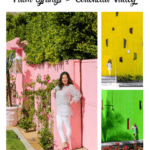 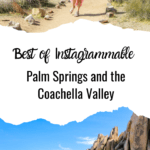 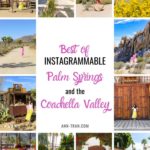 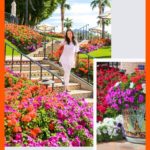 Every winter, I do another leg of my Southwest or West Coast tour from my Las Vegas base. This year, I wanted to focus on the Southern California desert, in particular the Coachella Valley including Palm Springs, Pioneer Town, La Quinta, and Rancho Mirage.

Palm Springs is popular, but I found other spots in the Coachella Valley very enchanting, too. There is the newish La Quinta and the very beautiful Rancho Mirage, which is 10 minutes from Palm Springs.

How can you not stop by this classic Route 66 spot?

Our first stop from Las Vegas to the Southern California desert was in Amboy at Roy’s Café. You may not know the name, but I’m sure you recognize the iconic low desert scenery, which is why we stopped to take photos. It’s got that Route 66 with 1950s roadside architecture look that represents the bygone era of when cars were king. Thankfully, Albert Okura, who owns the town of Amboy, is dedicated to preserving its character architecture.

Though Amboy may have shined in the 1950s, its current incarnation dates to approximately 1858, when the United States was laying railroad track throughout the country. The Southern Pacific Railroad used Amboy as a water stop beginning in 1883. Opening in 1926, Route 66 was constructed alongside the railroad path. Soon, the siren call of Hollywood, Dust Bowl refugees, families on holiday, and those with plain old wanderlust traveled that dry and sandy ribbon of highway to greener pastures of Los Angeles and the Pacific Ocean. Along with the café and motel, Amboy had a service station, school, and a post office. Eventually in the early 1970s, the newer, bigger, and better Interstate 40 left Amboy in the dust, but Roy’s continues serving hospitality to this day.

Then there was Joshua Tree

Joshua Tree is the name of a town, a tree, and a national park. The national park had been on my must-visit list for a while, and I was able to stop there after Amboy on the way to Rancho Mirage, a neighbor to Palm Springs in the Coachella Valley.

What is a Joshua tree?

With its twisted and spiky limbs, Yucca brevifolia is a member of the agave family. Think of a tree form drawn by Dr. Seuss with outer properties of a cactus. Joshua trees can grow taller than 40 feet (at a rate of an inch a year) and take many forms: full, busy, spindly, and open. Botanically speaking, it is not a tree but a yucca. According to the National Parks Service’s Web site, until recently, “the Joshua tree was considered a giant member of the Lily family, but DNA studies led to the division of that formerly huge family into 40 distinct plant families.”

Joshua Tree the town is located next to the national park in the Mojave Desert, a bit ambitious for a daytrip from Los Angeles, San Diego, Las Vegas, or Phoenix, but it can be done. Be on the road before dawn.

Each year, Joshua Tree National Park hosts close to 3 million visitors, who come to camp, hike, rock climb, star gaze, and take photos. I didn’t get to explore the entire park thoroughly, you will need an extra day here if you would like to stop at all the highlights of this 792,510-acre park.

Joshua Tree’s busy season runs October through May. I visited mid-February and the weather was absolutely perfect. Some parts of the park were more crowded than others. Like most destinations, best to go when schools are in session or during the week. Outside of the busy season, Joshua Tree is unbearably hot and a potential health hazard.

Take in the view

Tree of life.  When you try to pick out anything by itself, you find it hitched to everything else in the universe. ~ John Muir

The Joshua tree is to the Mojave Desert as the giant saguaro cactus is to the Sonoran Desert — both plants are host to many animals dependent upon them, and both illustrate how intertwined desert life truly is.

Pioneertown is a television and movie set of the 1880s Old West. What you see is what you get as the buildings mostly serve as rustic facades. Many western-themed movies and television shows filmed in Pioneertown, particularly in the 1940s and 1950s. Today, artists, hipsters, and other creative types are re-populating Pioneertown thanks to its (relatively) cheaper real estate prices.

I want to provide a few new Instaworthy photo ops in the Coachella Valley, including Palm Springs, Palm Desert, Rancho Mirage, and La Quinta. I’m thinking that you may not have not seen these on Instagram.

This is in La Quinta, Iconic Palm Springs Resort with PGA West Golf, 41 Pools, & world-class Spa.  Isn’t that bougainvillea gorgeous? I love the scarlet flowers against the white walls. What European country does this remind you of? Greece? Me, too! Along with some of my followers. In fact, some folks thought I was in Santorini when I posted this image.

Palm Springs was settled by the Cahuilla people more than 2,000 years ago. When the Spanish conquistadores came to the area, they dubbed the settlement La Palma de la Mano de Dios, which translates as The Palm of God’s Hand. I always thought the “palm” in Palm Springs referred to the trees dotting the desert landscape. Didn’t you?

Given that Palm Springs is 107 miles from Los Angeles, it’s no wonder that it is known as a playground for Hollywood’s elite. Evidence of the Hollywood’s Golden Age is everywhere, from the mid-century architecture of star homes like Frank Sinatra and Cary Grant to the street names such as Bob Hope Drive. Today, actors Leonardo DiCaprio and Robert Downey Jr. have homes in Palm Springs.

Retirees make up a considerable part of the Palm Springs population, and they are largely responsible for making it the Golf Capital of the World. Back in the Golden Age of Hollywood, tennis was the number one sport.

The Rancho Mirage area reminds me of London — if London had a colorful explosion of desert flora and fauna. La Quinta is a newer community with a bigger budget for flora from my observations. One of the resorts I visited spared no expense on their landscaping. I love how the colorful groundcovers do the job of what lawns do in other places.

In Las Vegas, I saw a lot of gravel used in landscaping in a style known as xeriscape, which requires very little water and maintenance. You’ll find the best xeriscape sprawling across the Southern California desert.

Where to stay in La Quinta

At the desert oasis for relaxation and renewal at La Quinta Resort.

I love the desert vibe along with its unique and surprisingly lush landscape. Mother Nature lays out carpets of wildflowers each spring, and I understand that is a show not to be missed. If you are interested in wildflowers, check out this cool Web site I found: DesertUSA. You can find out where the best blooms are and when peak season will hit.

Where do you winter? I really enjoyed my brief winter visit in Southern California. I hope you get to visit someday, and I hope to revisit soon. 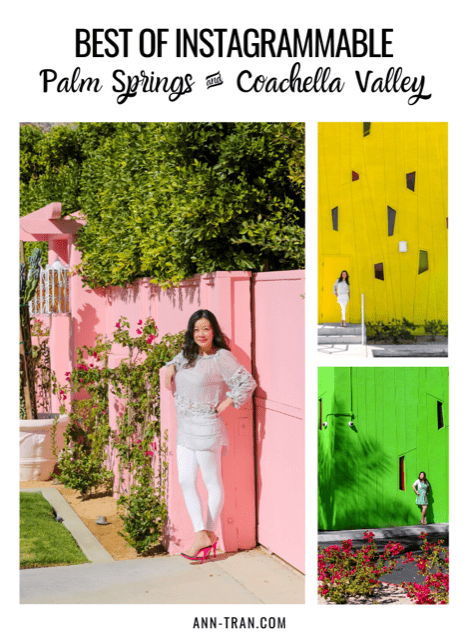 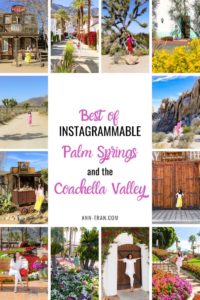 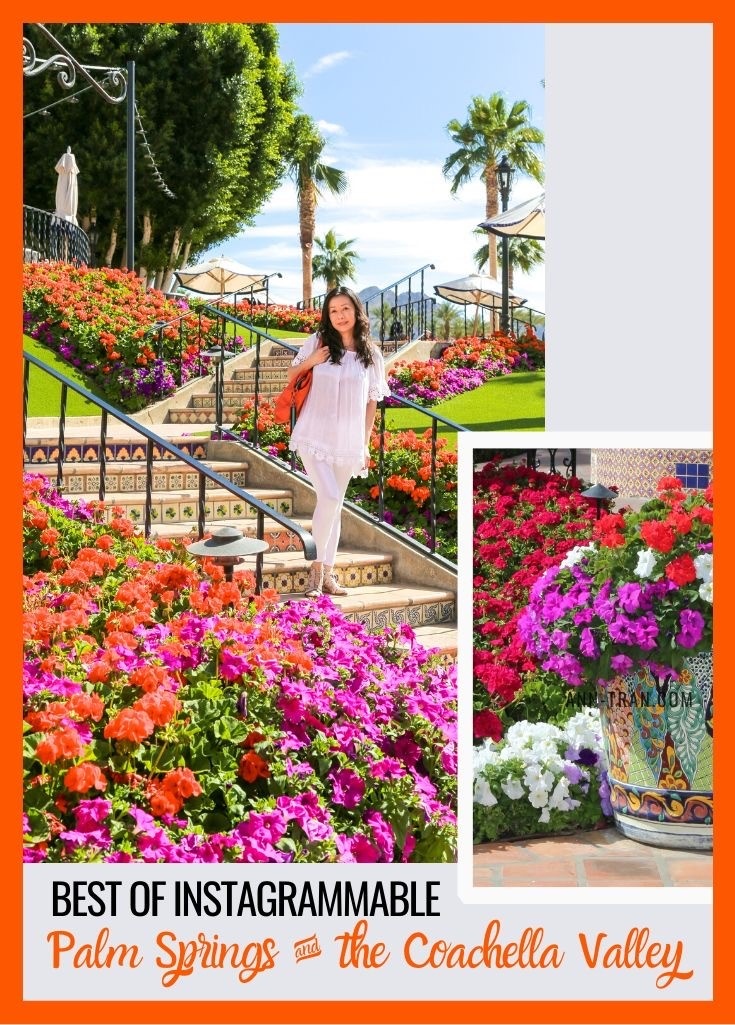 Beautiful Places to Visit off the Las Vegas Strip