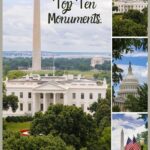 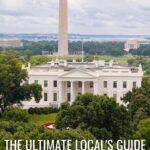 The National Mall and its iconic monuments and memorials occupy more than 1,000 acres of green space in Washington, D.C. Most visitors think a few days is enough time to explore, but I suggest at least a week to see just these Top Ten Must-See Monuments.

The Ultimate Local’s Guide to The Top 10 Monuments in Washington, D.C.:  If you’re not a local, you’ll wish you were after touring these buildings holding U.S. history within its walls, and there’s even a the large collection of books found at one of these historical buildings.

First, let’s find the answer to: Was Washington, D.C. really built on a swamp? Historians tell us George Washington chose the capital’s location because of its proximity to his Mount Vernon home. A swamp is defined as an area of low-lying, uncultivated ground where water collects; a bog or marsh. That describes about only 2 percent of D.C.’s topography. So, no, D.C. was not built on a swamp. Want more proof? Read this Washington Post article.

Back to the Ten Best things to do in Washington, D.C. The order of this list is chronologically based with the oldest monument being first. The order does not reflect my preference in any way. I love them all equally.

Construction on the White House began in 1792 during George Washington’s second presidential term, and President John Adams was its first resident in 1800. “White House” is the official name, as dubbed by President Theodore Roosevelt in 1901. Learn more White House facts and figures here.

In 1848, the cornerstone for the Washington Monument was laid on July 4. President James K. Polk presided over the ceremony, which included close to 20,000 attendees. Guests included Former First Ladies Mrs. James Madison and Mrs. Alexander Hamilton, George Washington Parke Custis (grandson of Martha Washington and step-grandson and adopted son of George Washington), along with the yet-to-be-elected presidents Buchanan, Lincoln, and Johnson (Andrew, not Lyndon).

The Washington Monument was completed in 1884, thanks to the Civil War halting work and financing issues. The lengthy construction time explains the different shades of stones used to build the obelisk as it was necessary to use more than one quarry. Visitors can walk to the top of the Washington Monument for unparalleled views of Washington, D.C. and beyond.

I can’t imagine the labor involved in building the 555-foot Washington Monument as the modern conveniences we enjoy today were nonexistent. I love its clean design and impactful statement

The collection of books we know today as the Library of Congress was established in 1800. In 1814, British troops burned the Capitol and the books went up in flames, too. President Jefferson’s collection of 6,487 books were the foundation for the first separate Library of Congress structure, which began in 1893 and was completed in 1897 and now known as the Thomas Jefferson Building. Read more here.

The World Atlas deems the Library of Congress the largest library in the United States as well as the world. Here’s an article on the top 15 world libraries by collection size. Very interesting.

Construction on the Thomas Jefferson Memorial began in 1939. Jefferson’s statue was first cast in plaster due to the metal restrictions of World War II. Sculpted by Rudulph Evans, the 19-foot, 10,000-pound statue was recast in bronze and dedicated in 1943.

First time visitors to Washington, D.C. often mistake the Capitol Building for the White House. The Capitol is where the Senate and House of Representatives meet and legislate. It’s the building with the big dome, made of 8,909,200 pounds of cast iron. Under the Capitol’s roof, there are 540 rooms. The newest addition to the Capitol is the Capitol Visitor Center, built in 2008, 215 years after George Washington laid the structure’s cornerstone in 1793. 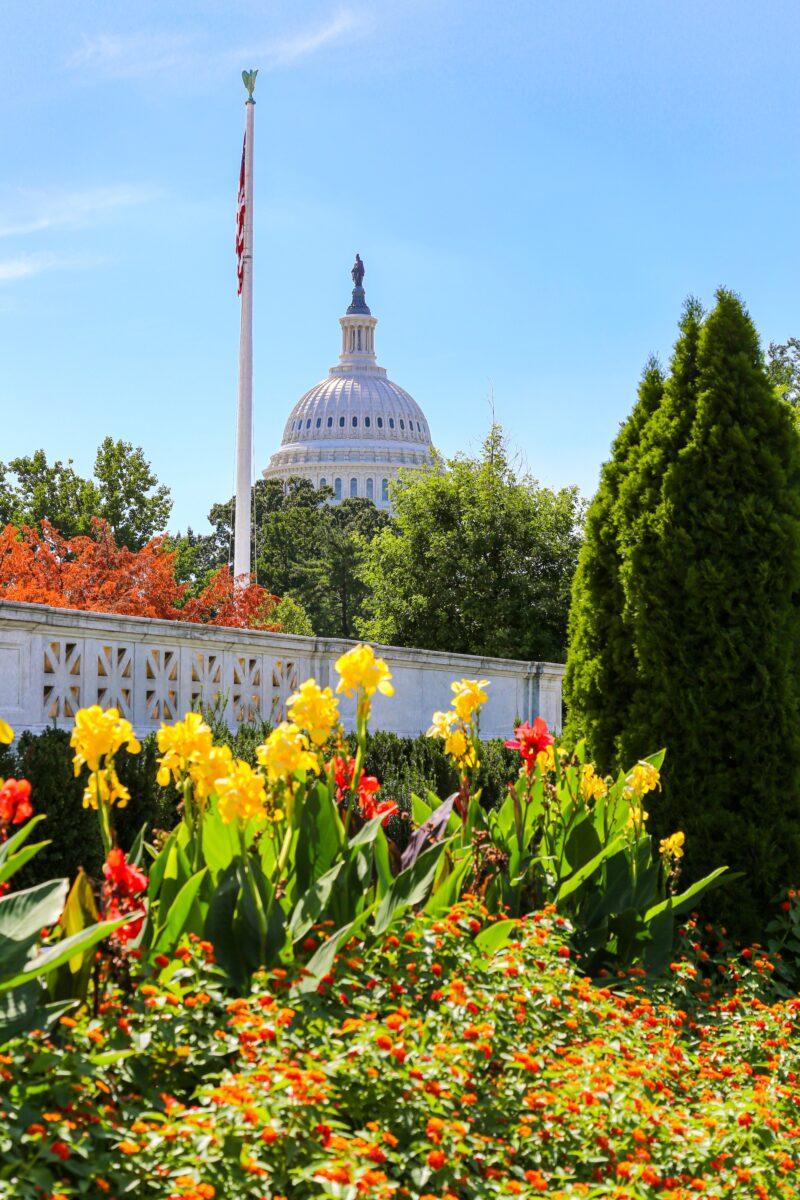 Congress funded the Lincoln Memorial in 1910 and construction began in 1914. Designed by Henry Bacon, this 36-columned tribute to the 16th president of the United States serves as the emotional epicenter of the National Mall. The columns represent each of the states in the country at the time of Abraham Lincoln’s presidency. An absolute must-see. 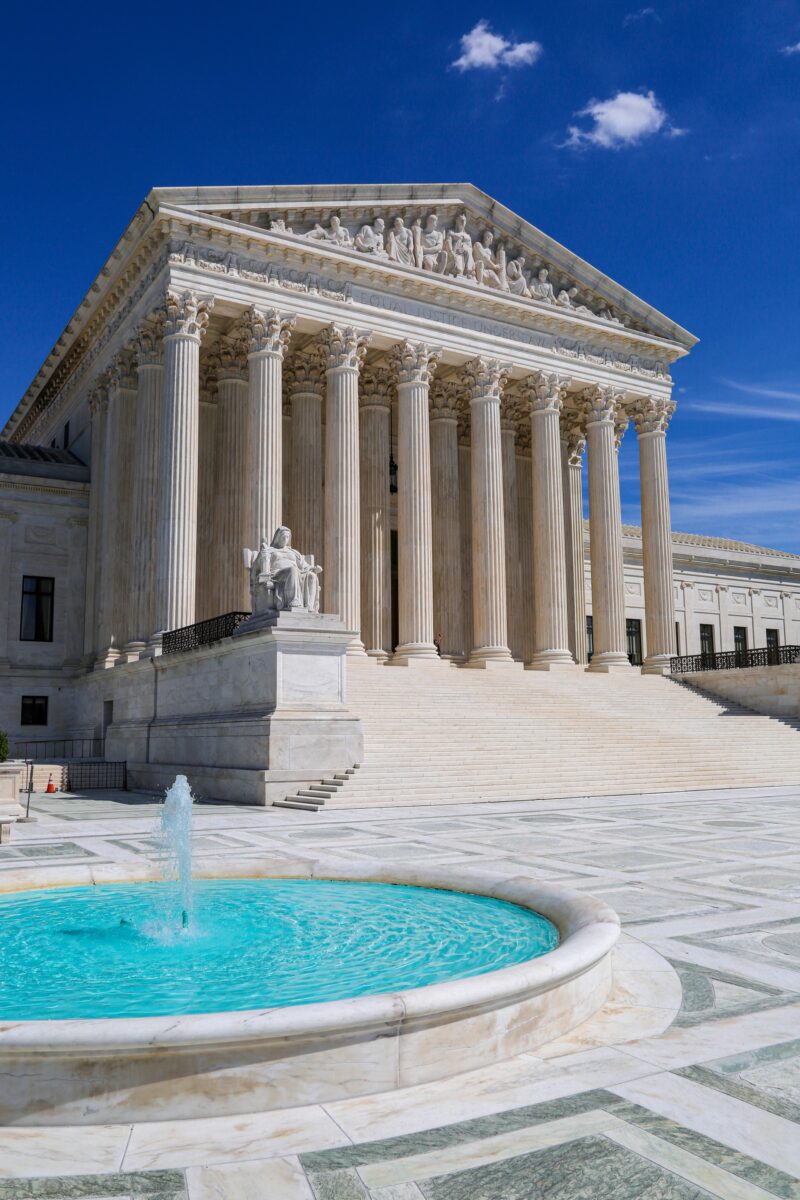 The Supreme Court is located at 1 First St., NE in the block east of the Capitol. Construction was completed in 1935. Originally, the Supreme Court building was proposed to be located south of the White House, close to the Jefferson Memorial and Tidal Basin.

Officially called the John F. Kennedy Center for the Performing Arts, the Kennedy Center sits next to the Potomac River. Construction on what is considered the nation’s premier performing arts center by many began on Dec. 2, 1964. The Center schedules about 3,000 performances annually, and its terrace offers a sweeping view that includes Georgetown, the Lincoln Memorial, Jefferson Memorial, and the Washington Monument. 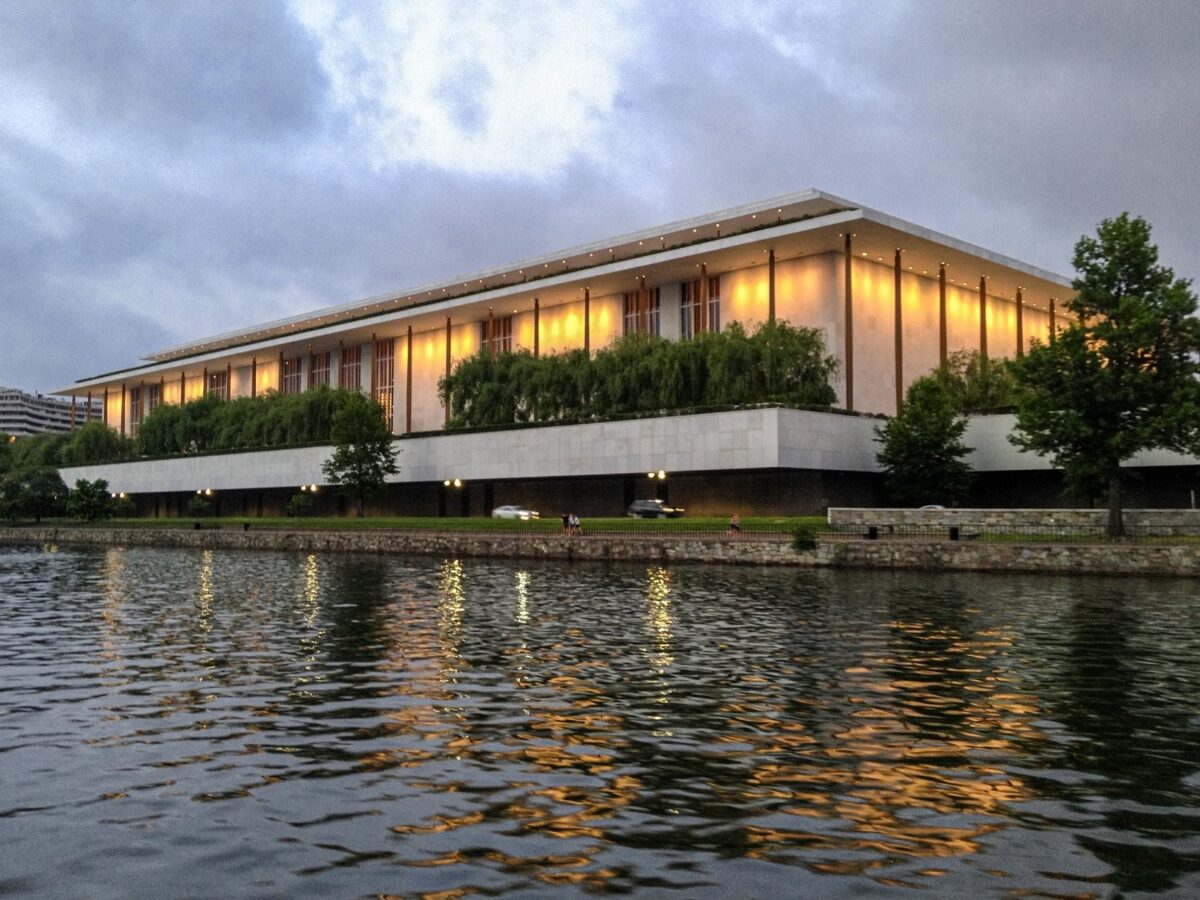 The REACH — an extension of the Kennedy Center

The Kennedy Center’s REACH campus extension opened in September 2019. With a $250 million price tag, the REACH, according to the Kennedy Center’s Web site, “is a place where visitor, audiences, and audiences, can come together for collaboration, experimentation, and exploration in the spirit of President Kennedy’s vision for a new frontier for the arts.” Read more about this exciting project here.

Technically not a monument, but the C&O Canal’s role in making D.C. what it is today is huge. Some homage and honoring are due. The Chesapeake and Ohio National Historical Park starts in D.C., runs 184.5 miles along the Potomac River, and ends in Cumberland, Maryland. The canal served as a transportation corridor for close to 100 years. Communities depended on the waterway to bring lumber, coal, and crops to and from markets. Now, bicyclists, joggers, and hikers use the towpath for recreational purposes.

There you have it — my Top Ten Monuments of Washington, D.C. I hope you get to check out each of them. Let me know what you think.

While you are visiting D.C., make time to visit museums. There are plenty of free admission ones, such as the Smithsonian, the National Museum of African American History and Culture, and the National Portrait Gallery. Find tons more here.

I think Washington, D.C. is so beautiful, and I love sharing my favorite spots. Please share your favorites. I’d love to hear about them.