Norway. I dream of her a lot. Gliding through fjords, chasing waterfalls, and being awestruck at her natural beauty from the glam and comfort of a glistening white cruise ship. It was one of the best trips ever. Why the Vikings ever ventured so far from Scandinavia when surrounded by such splendor … I get it, though. I’m nonstop scratching my travel itch. A return trip to this Nordic gem remains on my list. Given the seafaring history of Norway, I suggest cruising as the best way to see and understand the country.

Here are some fun facts mixed with history and folklore for a little peek inside this fjord-lined destination. I bet you love this place at least as much as I did. Let me know when you go and what you think.

The Woman, the Myth, the Legend

Trolls play central characters in Nordic folklore and mythology. Feared creatures living under bridges and in caves, they play roles similar to ogres and monsters. Then there’s the “good witch” of the forest, Huldra. A temptress in spirit, Huldra is akin to sirens of the sea and mermaids. Believe it or not, I actually spotted the lady on one of my excursions. Perhaps you may get lucky and spot her too.

South America claims the highest waterfall on the planet with 3,212-foot Angel Falls in Venezuela. Vinnufossen is Norway’s highest waterfall. Vinnufossen measures in at 2,822 feet and is located in Møre og Romsdal. However, you must check out Fossen Bratte; it is spectacular. Did you know that bratte is the Norwegian for steep? Norway has so many beautiful waterfalls dotting its landscaping. The most memorable I saw was The Seven Sisters. You can tour virtually with me here. 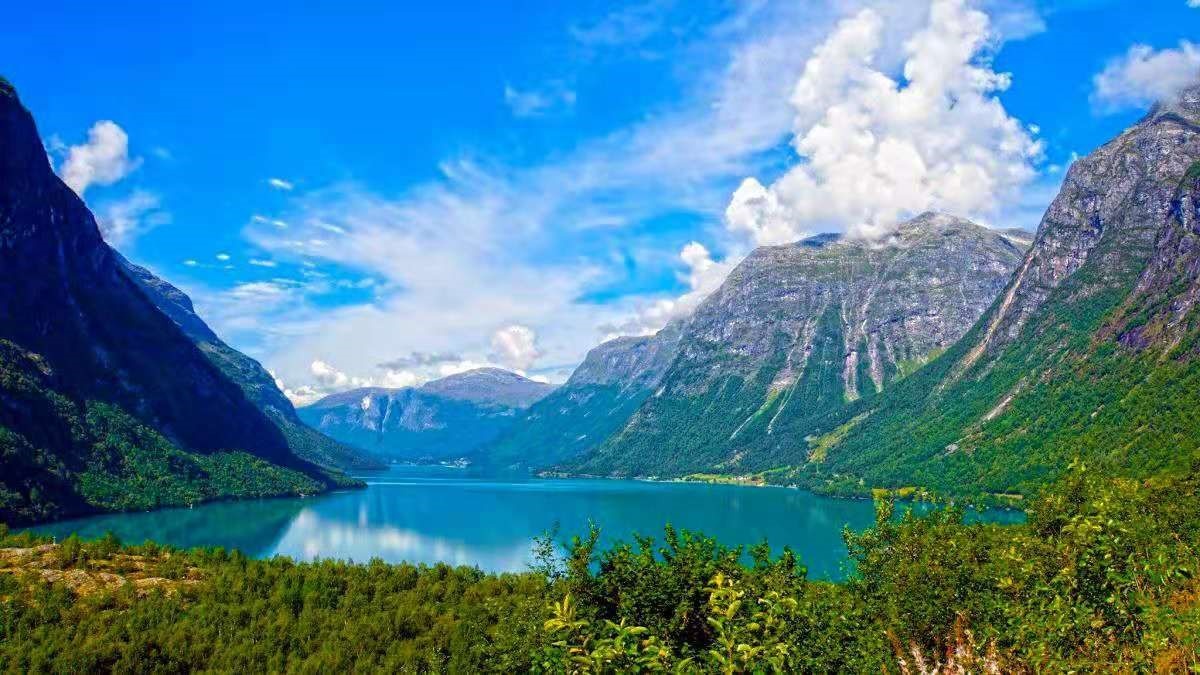 The King of Seafaring

The Viking seafaring reputation lives on in the modern world. Did you know that King Harald V is an Olympian? He represented Norway in yachting three times at Munich in 1972, Mexico City in 1968, and Tokyo in 1964.

Get Thee to a Charging Station 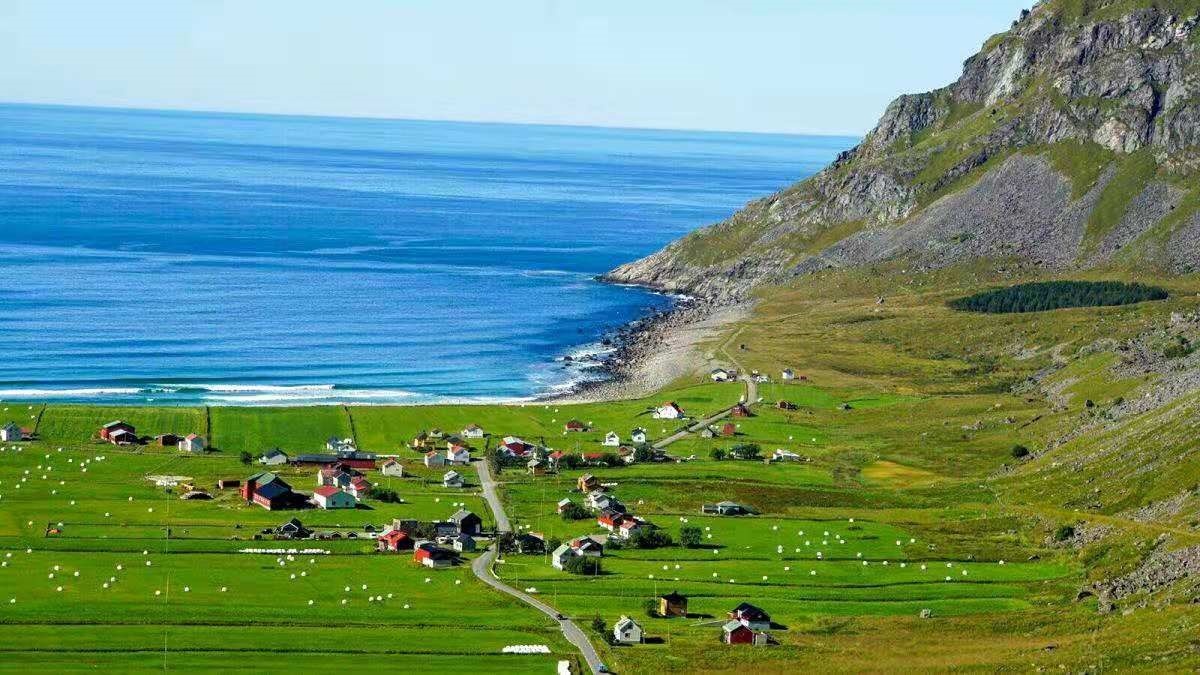 Though Norway is an oil-producing nation, electric and hybrid cars are very popular, and the numbers keep growing. In fact, Norway has the most electric cars per capita in the world. (Want stats? Look here.) The government encourages non-carbon fuels with an infrastructure of charging stations and tax incentives. In 2019, there were 18,798 Teslas sold in Norway, keeping in line with a steady annual increase. The figures for 2020 aren’t available, but I bet they continue to rise — even with the pandemic. I love my Tesla. I wonder how many we can spot on the Norwegian highways.

Hey Pa! There’s a Goat on the Roof

Long long ago, a friend received the boardgame Hey Pa! There’s a Goat on the Roof as a birthday gift. I remember thinking it bit unusual, but now I know the inspiration for the very basic child’s game — Norwegian roofs! In the olden days, the roofs of Norwegian homes were made from the bark of birch trees and then covered with sod. Goats served as power lawnmowers, otherwise the roofs would have slid away from Norway’s very wet climate. After railroads traversed the country, slate rooftops became popular. Not sure of the connection, maybe all the earth-moving to accommodate railroad tracks uncovered slews of slate. The cost of slate may have been higher than that of goats, but homeowners didn’t have to worry about the roof over their heads as much.

Estimates put second-home ownership at 33 percent or so. Those second homes are most likely a vacation spot. Norwegians love their holidays and weekends, often escaping to their seaside home, even during the dark days of winter.

As of June 2020, the United Nations put Norway’s population at 5,421,241. This is equal to .07 percent of the world’s population. Neighboring Sweden’s and Finland’s population are higher. Most of Norway’s inhabitants live in the capital of Oslo.

Who Else Lives There?

Norway’s immigrant population is small compared to the United States’ or England’s with about 15 percent of people coming from other countries. The biggest groups of immigrants are from Poland, Lithuania, Sweden, Somalia, and Pakistan.

Farming. Not So Much

In the case of Norway, the price of its splendid beauty is the lack of farmland. Under 4 percent of its land can sustain crops. Rye, hay, barley, and oats are the most popular harvests. Wheat and bananas, along with other fruits, are imported.

Shop on Sunday, Break the Law

Stengt is Norwegian for closed, and stores are stengt on Sunday in this Scandinavian country. The idea is to give residents not only a day of rest but also the opportunity to spend time strengthening relationships with family, friends, and other loved ones. Disclaimer: smaller stores, mom-and-pop types of establishments under 1,100 square feet may remain open. 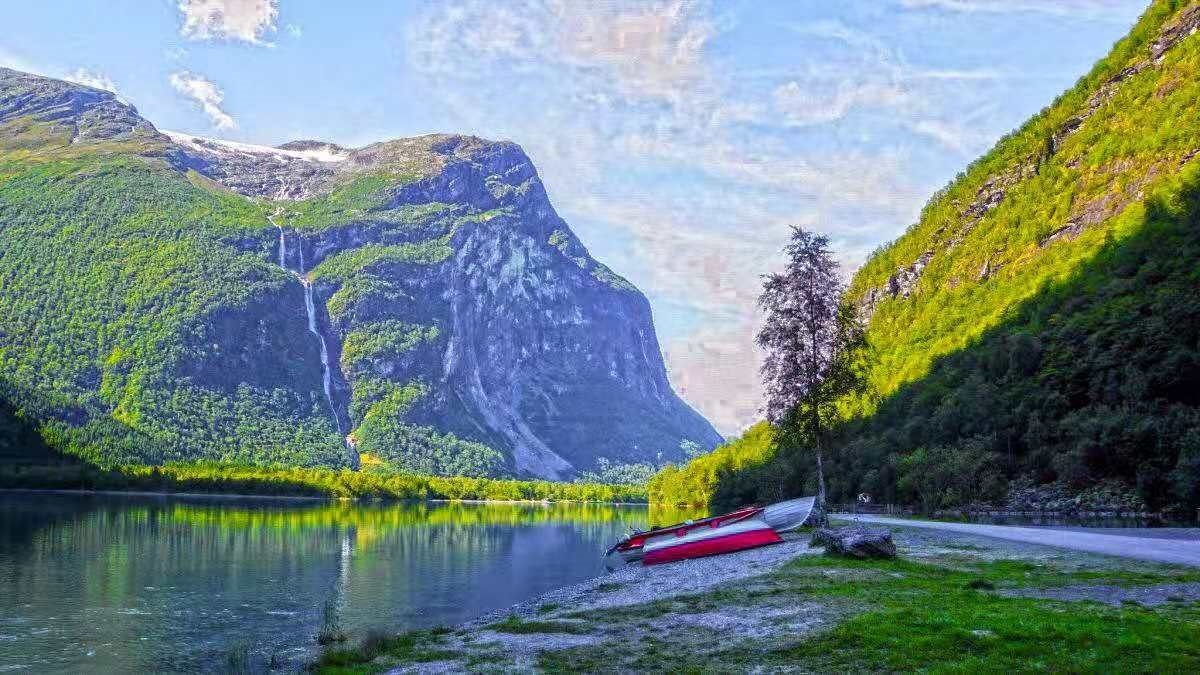 What do you think? Have you added the land of fjords to your bucket list? Or if you’ve had the pleasure of visiting, is there something you would add to the list? I think Norway is an incredible, pristine place. I would take this cruise again and will probably appreciate it even more so after a year of lockdown in the U.S. Let me know what you think.