Costa Rica is a very popular destination because it suits all travelers – from first class cabin to budget backpacker. This Central America country is about choice – beach, rainforest, mountains, volcanoes, popular resorts, secluded getaways, and tons more. The flora, fauna, and breathtaking scenery remain the same, though a luxurious hotel room may offer a better view. 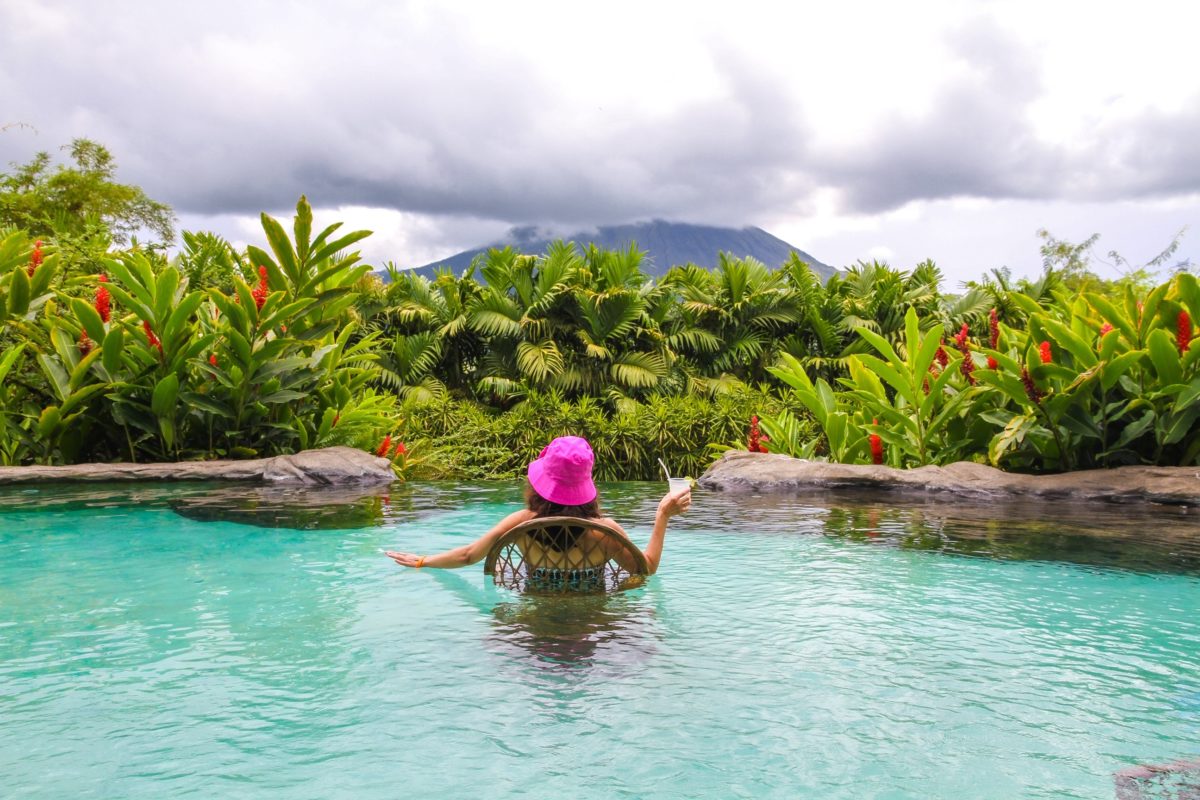 After my recent visit, I can see why the Happy Planet Index rates Costa Rica as the #1 Greenest and Happiest Country in the World. If you are into adventure travel or ecotourism, Costa Rica is a must-see destination. Thanks to the excellent guides at Activated Life Experiences, I had an excellent overview of Costa Rica’s highlights.

I put together a Top 10 list of fun facts you may not know about Costa Rica. I hope you find the list useful in making your visit to this wonderful place a trip of a lifetime.
Pura Vida is something you’ll hear everywhere in Costa Rica. Literally translated it means “pure life,” though locals use it as an all-encompassing question or greeting. How’re you doing? How was your surf today? How was dinner? Think along the lines of the Hawaiian “Aloha” but on a much linguistically wider scale.

Addresses aren’t used so much. Costa Ricans depend more on directions. For example, to send a letter to the hotel I stayed I would write: The Springs Resort and Spa – 100 meters left of the large banyan tree, in Arenal, Costa Rica.

Longevity in Costa Rica is among the world’s longest. The country is one of the five Blue Zones, where life expectancy is significantly higher than other areas. Locals claim the secret ingredient to Costa Rica’s longevity is corn tortillas. The other four Blue Zones are Sardinia, Italy; Loma Linda, California; Ikaria, Greece; and Okinawa, Japan.

Progressive best describes Costa Rica’s politics. In 1948, then-President José Figueres abolished the national army and directed the funds toward healthcare and education. To date, there is no military in Costa Rica. The country also boasts a 98 percent literacy rate.

Renewable resources account for 98 percent of Costa Rica’s energy. Not surprising for a country bordered by two oceans and home to rainforests, hydroelectricity provides the nations’ vast-majority of power.

Protected lands account for more than 25 percent of Costa Rica’s terrain. These protected areas are national parks, preserves, and wildlife refuges. Popular destinations include: Isla del Coco National Park, which has World Heritage Status; Manuel Antonio National Park on the Pacific side of the country is popular with surfers; and on the Atlantic side, Tortuguero National Park is famous as a turtle refuge.

Volcanoes dot the map. There are 121 volcanic formations in Costa Rica, and six of them are active. With a reputation as the most active volcano, Arenal has been resting since 2010. Also, Arenal Volcano National Park is the most visited. Most volcanoes are caldera, meaning the craters have water and rising steam.

Biodiversity in Costa Rica is overwhelming considering its land mass accounts for only .03 percent of Mother Earth’s total land mass. According to National Geographic, the Osa Peninsula sustains 2.5 percent of the world’s total biodiversity. The colorful explosion of diverse flora and fauna attracts is a true natural wonder of the world.

Ticos and ticas are how Costa Ricans refer to themselves. Terms of endearment, tico and tica are the result of Costa Ricans loving to make words sound really cute.

Parrots, toucans, and quetzal are Costa Rica’s most famous birds. Birdwatchers flock to catch a glimpse of brightly colored plumage resting in a tree or flying across the sky. The quetzal is the showiest of the three birds and the most elusive. Sightings are rare.

Reviewing the above, it’s easy to see how and why Costa Rica topped the list on the Happy Planet Index. (Mexico was #2.) I certainly was happy while visiting. The Happy Planet Index rates happiness by calculating long and happy lives at the cost to the environment—the sustainability factor, if you will.

What country would you rate as the happiest on Earth? Before you answer, make sure you’ve visited Costa Rica.